For many in his homeland of Israel, Reif is Mr. Fashion and his name is synonymous with putting israeli fashion designers on the global map. He is also a critically acclaimed documentary producer, as well as a Woman’s Rights and Environmental activist.
But even that doesn’t quite do him justice.

Motty Reif is one of the leading producers in Israel, with over 30 years of experience in the field. Motty began his professional career in fashion productions, and for many years he has been creating, producing and directing hundreds of fashion events, lifestyle and television productions in Israel and abroad.

In 2011, Motty Reif founded the production company “Reif Entertainment”, the company operates to this day and is considered one of the prestigious and quality production companies in Israel, and specializes in the fashion and lifestyle world. 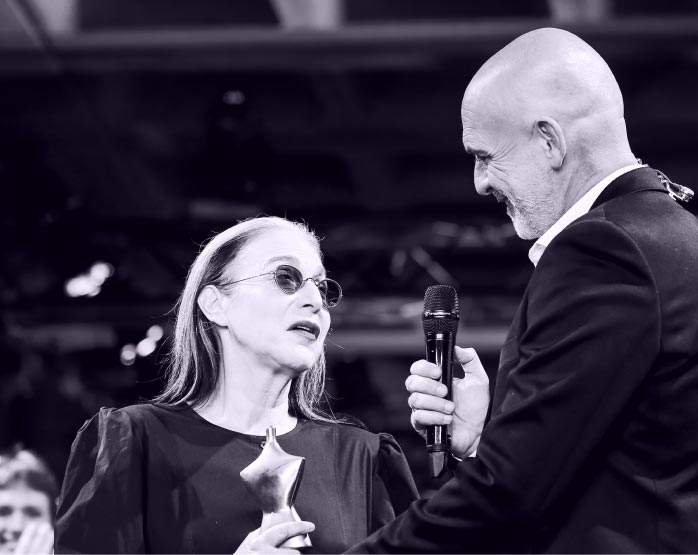 WITH DORIN FRANKFURT
WITH BAR RAFAELI 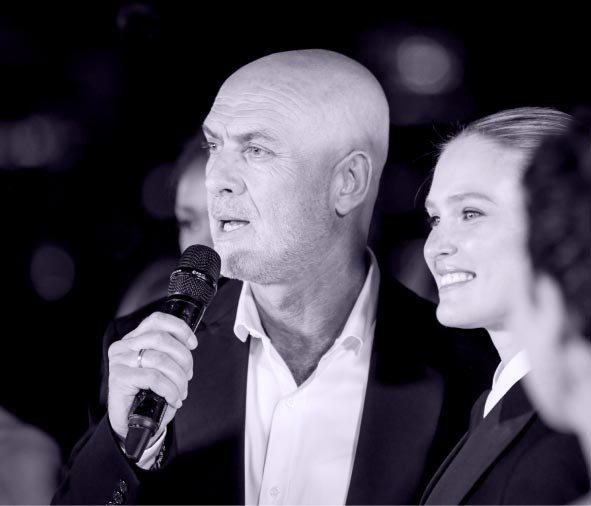 Through his career Reif has had success in different fields, from TV productions, producing shows such as Survivor, The Bachelor and Beauty and the Geek to Cinema and Documentaries.  Since 2005, Reif has produced two internationally acclaimed documentary films; “Life After Tomorrow,” featuring Sarah Jessica Parker, who deals with the lives of children in the entertainment world, won the Best Documentary Film and Director of the Phoenix Film Festival. In 2006, he produced the documentary “Brave Miss World” The film was nominated for the Emmy Award in August 2014.

In 2010, in cooperation with the Tel Aviv Municipality, the Ministry of Tourism, the Textile Association and the Israel Export Institute, Reif initiated the Israeli fashion week “Tel Aviv Fashion Week”. The event was a huge success bringing  more than 120 journalists from around the world to Israel and gave Israel unprecedented exposure to Israel.

As of today Fashion Week Tel Aviv has reached its 10th year of production.

As of 2019 Motty Reif is a Member of the City Council of Tel Aviv Yaffo, issuing matters of Welfare in the city such as the Committee against violence, Women’s rights.